I’ve challenged myself to #Take12Trips this year to make traveling and exploring a priority.  The trips range from international vacations to a day out in the city.  My first trip took me to Panama at the end of February, where I discovered the colonial charm of Casco Viejo, learned about coffee in Boquete, and failed to make it to the top of a volcano.  My second trip of the year was more local, a quick weekend visit to see friends in Madison, Wisconsin.

I planned this trip on the spur of the moment because we had a coupon for a cheap rental car.  Madison is approximately 3 hours away from Chicago, so it’s not too long for a weekend trip, and since I have friends there, it was a good choice for getting out of the city for a weekend.

The plan was to stop in New Glarus, Wisconsin on the way, where there is a brewery that only sells beer in Wisconsin, then drive to Madison to see my friends.

We set off on Saturday, just after noon, to go to New Glarus Brewery.  It is nearly a 2.5 hour drive from Chicago, so it was mid-afternoon by the time we actually reached the brewery.

New Glarus Brewery is one of the largest microbreweries in the United States, located near the town of New Glarus.  This part of Wisconsin has a long history of Swiss settlement, and a lot of the buildings, including those of the brewery, are built in a Swiss style. 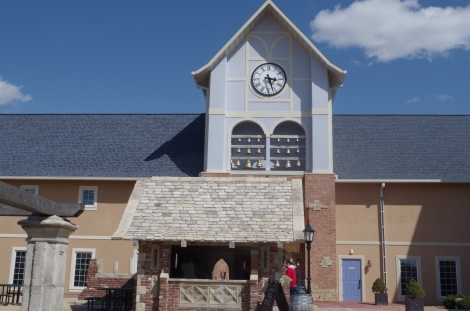 There is a self-guided tour at the brewery, and although the signs were not too informative, there was an employee hanging around to answer questions about the brewing process.  I’m not much of a beer drinker, but I am fascinated by breweries.  They take me back to my chemical engineering days, and I like looking at the reactors and tanks and other equipment and learning how the process fits together (I’m a nerd, I know).  In another life, I would totally work at a brewery.

The lab, complete with a hood and incubator

Beer is made in a series of steps, the first being the production of wort.  Wort is a mixture of malt, hops, and water that is boiled.  Next, yeast is added to the wort, and the beer is allowed to ferment.  Finally, the beer is carbonated by mixing it with sugar, which causes the yeast to produce carbon dioxide.

This small scale setup of the brewing process helped to visualize how beer travels through the brewery before ending up in a bottle. 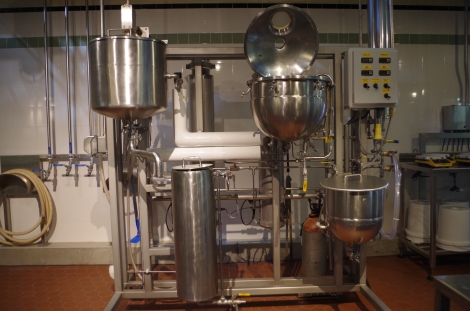 After touring the brewery, we decide to taste some of their beers.  Tastings are available outside in the courtyard, and although it was a little bit chilly, I braved the cold for the sake of beer. 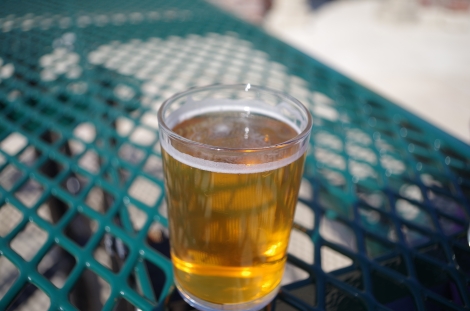 My favorite beers from New Glarus are their fruit beers.  They are tart and fruity without being overly syrupy.  I ended up buying several bottles to bring back to Chicago for later consumption.  We sampled a few beers, sitting amongst the medieval “ruins” that are scattered across the courtyard.

I didn’t realize until we got to Madison that UW was in the Final Four of the NCAA basketball tournament, and they were playing on Saturday night.  So the area around the campus was a little crazy, but the rest of the city was actually fairly calm because everyone was watching the game.  We had delicious Korean food and then went to another brewery called Ale Asylum to hang out.

As soon as we entered, the waitress came over with a “please let me help you because dear god I’m bored!”  Apparently, the entire town of Madison becomes a ghost town during UW games (and also during Green Bay Packers games, I’m told).  We stayed for a drink and then turned in for the night.

Hanging out over a beer at Ale Asylum

After brunch the next day, we drove back to Chicago, putting an end to the short weekend away.  The trip was just long enough to not feel rushed but make me want more.  I’m sure I’ll be heading back to Wisconsin soon!

Have you been to Wisconsin? Do you like visiting breweries when you travel?